The return of live music after the pandemic is an exciting thing to see, and many bands are just starting their first tours since then. Metric is back on tour after those traumatic events, and they are supporting another impressive album, Formentera. This one is particularly internal and dark and opens with an epic song which has to be tied back to the pandemic, Doomscroller. They opened their show with this song as well, and it is a dramatic piece to see performed. Emily Haines was on fire and clearly in a celebratory mood about being back, but I couldn’t help but see the result of the pandemic in an undeniable sense of urgency and worry about what happened or might happen next from this mess society got into as Emily sang against a dark backdrop.

Doomscroller seems to be about a person who is overwhelmed with foreboding about the state of the world, a haunting effect of the pandemic. The song suggests that no one should be entirely subsumed into these negative events. It opens an album about finding freedom and strength from within as a new foundation and a new beginning. This captures the best tendency of Metric’s music, explosively beautiful keyboards masterfully played by Emily about living for the best possibilities in a chaotic and limited world. Our surroundings are inherently dark, but music, creation, and the best of one another are very positive things. 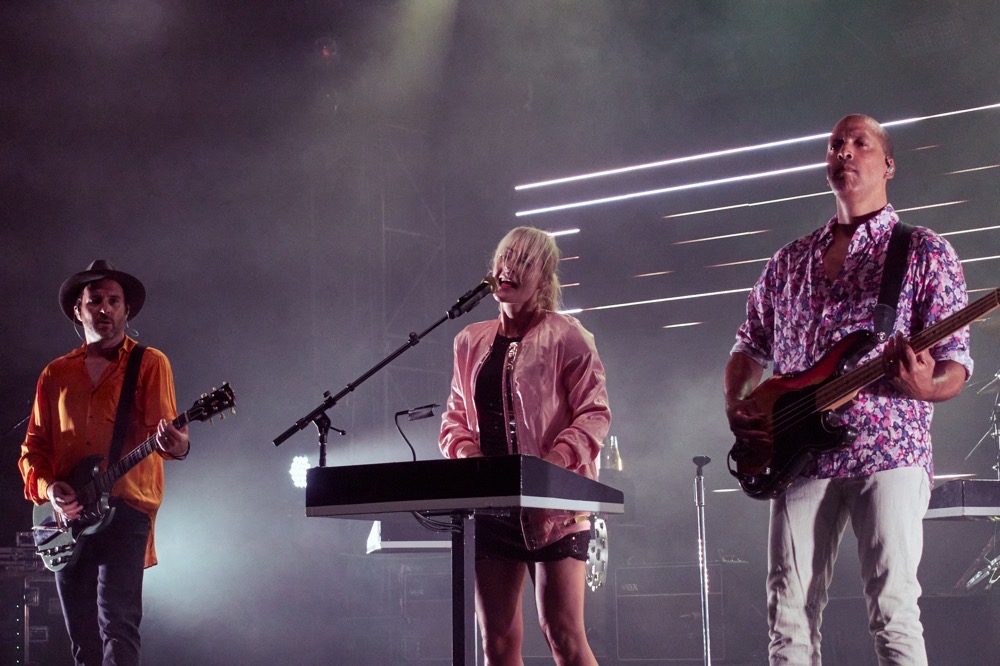 Metric has a beautiful way of incorporating cutting edge sounds with classic rock. The rhythm section has excellent jazz tendencies with some diverse tempos, and the guitar of Jimmy Shaw has a roots rock appeal while also going off into intricately stylized passages that match Emily’s keyboards. Metric takes rock and roll’s roots in jazz and blues and twists it into a cacophony of sound that pushes synthesizers to their absolute limits. Emily’s synths played live sound like an alien spaceship, and what she manages to do with the instrument is peerless. Beautiful notes mix with unusual explosions of sound that make a lot of purely electronic composers seem flat by comparison. Like industrial music, the electronic overlay, though in this case coming entirely from synths, is able to push rock into new directions while having a fascination with where it came from.

As a live band, Metric is coherent, evolving, and beautiful. Their show is one of the most transcendent in music. Emily has an energy projected through her personality on stage while she sings and covers the keyboards that seems like as much of a whirlwind as the loopy electronics coming from her synths. She is a powerful and coherent creative personality. The band is top notch with a powerful rhythm section that a classic jazz and blues influenced rock great like Fleetwood Mac would respect, and Jimmy Shaw is an involving guitarist who can take over the lead when Emily isn’t pushing the keyboards and then fall back into traditional styles of guitar on the less punctuated bits of the songs.

Just like the show I saw from them a few years ago, almost exactly one year before the pandemic, the lighting design is beautiful and heightens the emotion and transcendence of the songs. It’s hard to not see Metric as transcendence into a luminal place with the intricate lights setting so many moods throughout the songs and matching the keyboards so well. Emily’s music is like watching a star explode between the strange and beautiful sounds from the keyboard and the predominantly gold shades of light. 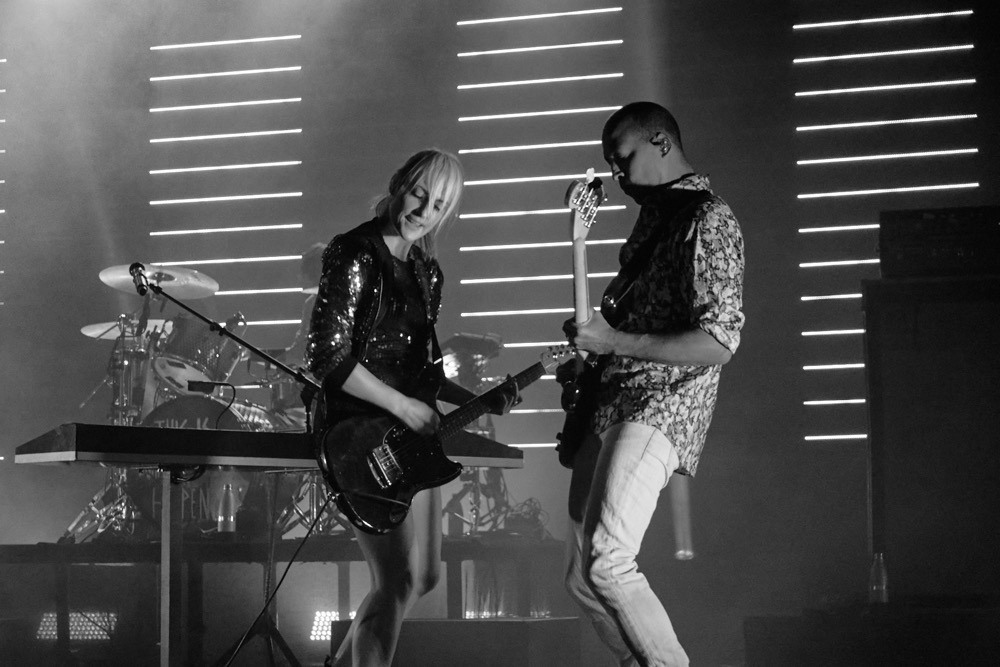 Back to Doomscroller, it is one of the best songs to come out of the pandemic. It’s more a song about getting over that bleakness of facing the end of the world, but true to Metric, Emily is too existential to think it’s over. Rather, Metric are saying that it doesn’t matter, because we might as well pick ourselves up, be our best, enjoy the lives we have, and create the best things we can in a decaying world. Within us, there is something a lot better than the surroundings we lived through in the pandemic and the obvious nightmare of corrupt leadership surrounding it.

“Salt of the earth, underpaid to serve, and scrub the toilеt. Ruling classes, trickle piss from champagne glassеs. That’s just how the evening passes.” Isn’t this exactly what happened? The lyrics are devastating and accurate. A scroller is a seer, in this case someone who foresees the end of the world. The endless screens we are surrounded by on phones and everywhere else have portrayed a tragic collapse which was only reinforced by going out during the pandemic to see decay. Yet, hope is found in the beautiful refrain of, ‘Don’t give up yet.”

Doomscroller follows Emily’s frequent introspection of being worried about the world falling apart and also finding positive things both within and around. She asks for others to do the same. The beautiful contrasts of dark against light, calm against explosive sounds, a driving heaviness that could be from a doom metal band if the instrumentation was changed, are the epic that emerging from the pandemic requires. Creation, after all, is explosive and comes out of darkness. It’s one of the best songs anyone has made, period, and a signature Metric song. 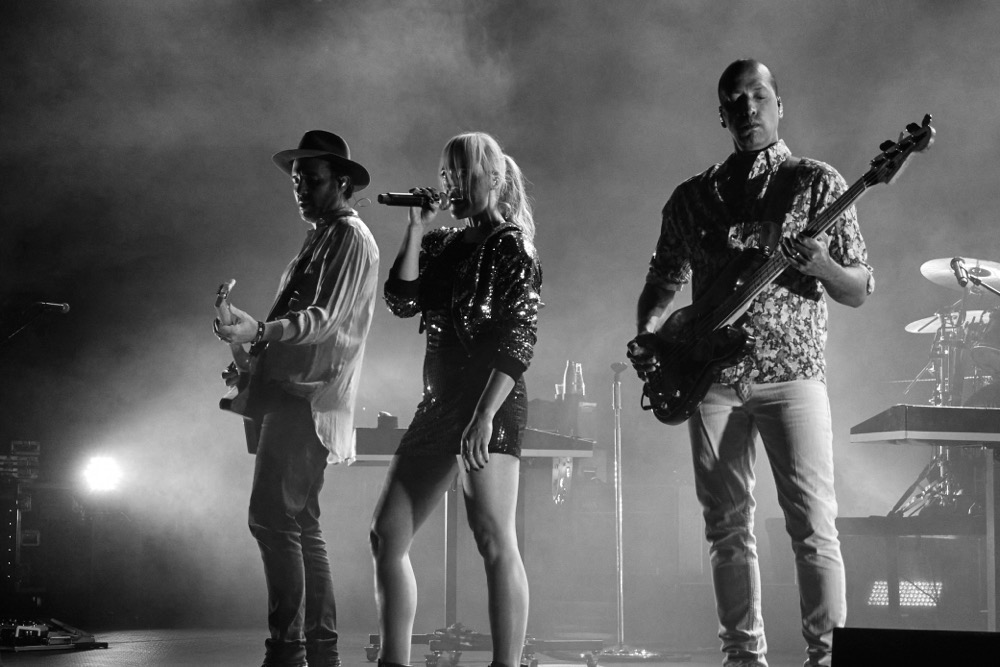 Another favorite of the album and the live show is Enemies of the Ocean. It’s one of Metric’s most beautifully impressionistic songs. Using the motif of the ocean to convey a beautiful expanse of life and possibilities that comes to an unexpected turn. It’s certainly environmentally aware, but it’s not literally about only that or only anything. The ocean is an expanse of limitless possibilities that is crushed into finitude. “How were we to know that the river ever would bend, split apart at the end? Enemies of the ocean.” The opening of the song reflects on still frames of life, like many people did during the pandemic while watching the world come to an end. It raises the serious and lasting question, is this the end, and how much is left? The drumhead for the show displayed, THIS IS WHAT HAPPENED.

It’s fascinating to compare this back to the 2019 show I loved so much from this band. The mood and energy are quite different, with the playing at a high level on both occasions. The more recent show was certainly darker, and had the intensity of needing to make a statement in returning after so much chaos, a sort of look into the abyss and finding there is still light there with sound, with melody, and with each other. Thank goodness live music is back.

Metric in 2019, by contrast, was a festive experience in top form, on top of the world, with their always intelligent recognition of troubled times, but certainly with no expectation that all parts of society and live music would be dragged into such a mess so soon. I feel fortunate to have seen one of my favorite shows almost a year before the world ended for a bit, fortunate to have photographs of then, and am left feeling like part of the great journey of this exceptional band. This recent show was like seeing them survive a war and come to the other side with a lot to say. It’s important to listen. 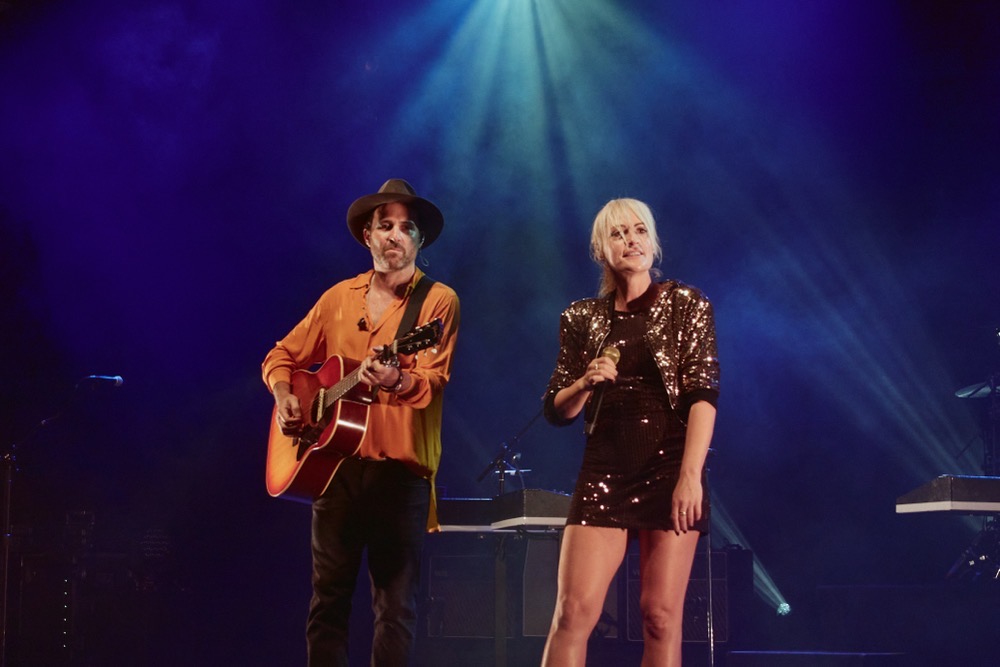